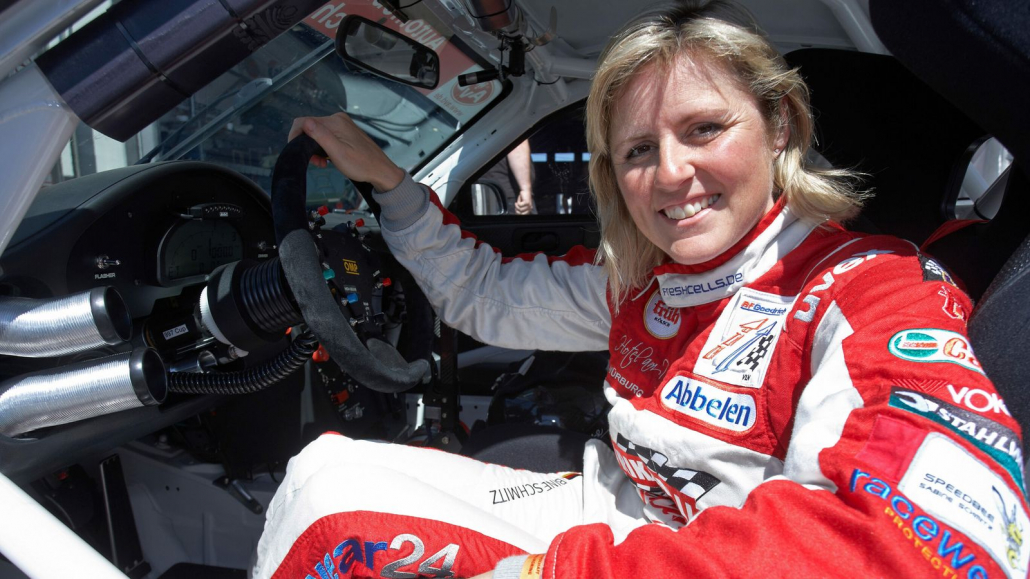 Sabine Schmitz was a much loved, respected and inspirational racing driver who was the first and, to date, only woman to win the famed 24 Hours Nürburgring race. She was also a repeat star of TV’s “Top Gear” as well as other TV shows such as “D Motor” and “5th Gear.”

Sabine Schmitz was born in Nürburg, Germany, on May 14, 1969, next door to the Nürburgring, where her parents owned a hotel next to the race track. She was six months old when she first drove the circuit (in the back seat of her father’s car), and from the age of 13 knew she wanted to be a racing driver. She did her first lap behind the wheel, in her mother’s BMW, at 17.

She and her three sisters all started racing, but it was only Sabine who continued professionally. She was also a helicopter pilot, and co-owner of a bar-restaurant in Nürburg until 2003, when she decided to focus on racing full-time.

Queen of the Nürburgring

Schmitz became known as the “Queen of the Nürburgring” for her familiarity with the 15.8-mile track in Western Germany. She won the 24-hour endurance race in 1996 and repeated her success again the very next year in 1997. Schmitz was also known for entertaining racing fans by taking them for a high-speed, adrenaline filled lap around the track in a BMW, calling herself “the fastest taxi driver in the world.” She first appeared on the BBC automotive show “Top Gear” in 2004, beating presenter Jeremy Clarkson with a lap time of nine minutes and 12 seconds around the Nürburgring. Later, she drove a Ford van around the track in 10 minutes and eight seconds. After several more appearances over the years, Schmitz joined “Top Gear” as a presenter in 2016.

In a Facebook post in July 2020, Schmitz revealed that she had been suffering from “an extremely persistent cancer” since late 2017, for which she had been treated, but the cancer had returned. Which unfortunately led to her untimely death just 8 months later in March of 2021. She is survived by her husband Klaus Abbelen.