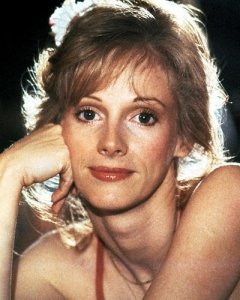 Sondra Locke, an actress who received an Oscar nomination for her first film and starred in a series of movies with Clint Eastwood, with whom she had a turbulent relationship, died on Nov. 3 2018 at her home in Los Angeles. She was 74.

Her death, which was not widely reported at the time, was caused by cardiac arrest related to brain and bone cancer, The Associated Press reported on Thursday, citing a death certificate.

Ms. Locke’s Academy Award nomination, for best supporting actress, was for her performance in “The Heart Is a Lonely Hunter,” a 1968 drama, with Alan Arkin, based on a novel by Carson McCullers. She went on to star in several movies with Mr. Eastwood in the 1970s and ′80s, including their first film together, “The Outlaw Josey Wales,” and “Sudden Impact,” part of the Dirty Harry thriller series.

Ms. Locke and Mr. Eastwood’s romance began on the set of their first film, and they lived together for more than a decade. After the couple separated, Ms. Locke sued Mr. Eastwood twice, turning their breakup into a high court battle in the 1990s.

In an Autobiography “The Good, the Bad & the Very Ugly,” published in 1997, Ms. Locke wrote that her involvement with Mr. Eastwood ended up essentially derailing her career.

“He’s like the emperor,” Ms. Locke told The Washington Post in 1997. “He always had his own company store. If you were in Clint Eastwood movies, you were in the Clint Eastwood movie business. You weren’t in the movie business. You weren’t part of Hollywood. This became clear early on; people stopped calling. They automatically assumed I was working exclusively with Clint.”

Around the time of the lawsuits she learned she had breast cancer and underwent a double mastectomy.

Ms. Locke received her big break in the 1960s when Warner Bros. took notice of her during a talent search for an actor to play the adolescent protagonist of “The Heart Is a Lonely Hunter.”

Ms. Locke said her entrance into Hollywood had been based on luck. “In Los Angeles, I learned quickly that it really doesn’t make much difference whether you’re the best for the part, or whether you have talent,” she said in an interview with The New York Times in 1983. “It’s a matter of some fluky thing that can’t be described.”

She dreamed of developing and directing films herself, but said her professional entanglement with Mr. Eastwood made that goal difficult to attain. “You get into a rut being associated with Clint,” she told The Times.

Ms. Locke made her directorial debut in 1986 with ‘RatBoy’ a somewhat satirical tale of an alien boy with rat-like features. “In sociological terms, he exists somewhere between E. T. and the Elephant Man, as an innocent alien adrift in an unsympathetic world,” Janet Maslin wrote in a largely unfavourable review in The Times. Ms. Locke also starred in the movie.

After many years off screen, she re-emerged this year in ‘Ray Meets Helen’ a romantic drama, directed by Alan Rudolph, about two lonely late-middle-aged strangers (Ms. Locke and Keith Carradine) who meet after separately coming into money.

“Filled with imaginative visuals populated by the ghosts of the gone and hopes for the future, the movie is wonderfully, magically humane,” Jeannette Catsoulis wrote in The Times.

Ms. Locke was born Sandra Louise Smith on May 28, 1944, in Madison County, Ala., to Raymond Smith and Pauline Bayne, according to a biographical sketch in the Internet ‘Movie Database’. Her father was stationed at an Army facility and left before Sandra was born.

Sandra took the name Locke from a subsequent husband of her mother’s and grew up in Shelbyville, Tenn. She attended Middle Tennessee State University in Murfreesboro but did not graduate.

Early on she worked for a Nashville television station, did modelling and voice-over work, acted in community theatre and was married for a time to a former high school and college classmate, Gordon Anderson, an actor who accompanied her to Los Angeles and was later the voice of the title character in “Ratboy.”

There was no immediate information on Ms. Locke’s survivors.

‘It’s was about time someone took the bull by the horns and tackled this subject …. … END_OF_DOCUMENT_TOKEN_TO_BE_REPLACED

I have now taken out a Funeral Plan and chosen everything I want for my ‘Big Day’!  I… END_OF_DOCUMENT_TOKEN_TO_BE_REPLACED

‘I would like to thank you (Funeralhub). You have made me feel comfortable about some su… END_OF_DOCUMENT_TOKEN_TO_BE_REPLACED